It’s a blessing for every Ghanaian act to have the chance to collaborate with Ghana’s finest contemporary rapper, Sarkodie. For his three bars alone on a song has what it takes to make it a chart-topping vibe.

Perhaps reason why most budding musicians are yearning to have him on their song irrespective of the whopping amount he charges. Remember that Ypee, a Kumasi based underground artiste, paid $7,000 to Sarkodie before a collaboration between them became possible.

So, it’s no surprise that A.B Crentsil, a legendary Ghanaian Highlife musician, has expressed interest in putting Sarkodie on a song for obvious reasons. In the voice of Crentsil in the studios of Pure FM in Kumasi, he has been observing Sarkodie for years and he’s convinced that Sarkodie is the best contemporary act for the job.

A.B Crentsil speaking to Hammer, the host of entertainment program on Pure FM further revealed that he wants to remix one of his old vibes tilted “Nawa To Be A Man” to suit contemporary taste of music enthusiasts. As such, that’s the song he’s contemplating on putting Sarkodie on to add more refreshing taste to the old vibe.

As a reminder, “Nawa To Be A Man” by A.B Crentsil was recorded in the late 70s and became nationwide hit earning him a lot of foreign and international gigs.

Its Quite unfortunate The Highlife Legend Has been confirmed Dead on 13th July,2022. May His Soul Rest In Perfect Peace. Ghana will forever appreciate you !!! AB CRENSTIL

My Song With Sarkodie Will Be Out Soon – Amakye Dede Discloses 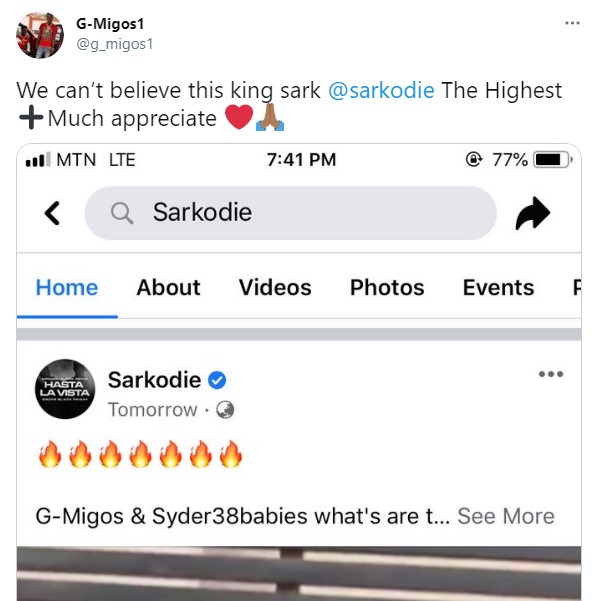